The following information has been published on the forum of Flowersandsents.com based on trails performed with flowers in Bogota, Colombia

Ease of use? costs? vase life?

1.Vacuumcooling flowers at origin versus in destination

Any post-harvest book emphasizes that flowers should be precooled as soon as possible after harvest and kept in cold chain up to the users hands.

2.-Vacuum cooling flowers more than once?

In order to understand and anticipate the effects of vacuum cooling on flowers or produce, it is necessary first to know how that technology works, since it does it in a completely different way, when compared to conventional cooling.

Vacuum Cooling is based on the fact that water can evaporate ( i.e.: change state from liquid to gas) at temperatures much lower than 100°C (212°F), provided that the ambient pressure is lower than atmospheric at sea level (approx. 1000 millibars). That is why in high altitude cities such as Bogota, 2600meters above sea level and a barometric pressure of about 850 millibars, water boils at about 90°C (194°F). Quito´s higher altitudes- 2800m results in even lower figures. That relationship ,i.e.: barometric pressure versus boiling temperature of water is very accurately defined and charted as “saturated water vapour pressure chart” in Engineering manuals and it shows that water boils at 0°C(32°F) IF the pressure is 6 millibars. In fact, at even lower pressures such as 1 millibar, water boils at minus 20°C (minus 68°F). For water to boil, it is first necessary to take it to the right temperature (depending on the atmospheric pressure, i.e.:100°C or 212°F at sea level) and then ADD an enormous amount of energy, called “latent heat of evaporation”, which performs the change of state.

Vacuum Cooling technology uses that phenomenon to create the cooling effect. Any water bearing product just exposed to a low pressure environment (generated by vacuum pumps in a closed container), is apt to lose its internal heat quite fast. Warm flowers have heat inside them and such heat is used to turn a small part of its humidity into vapour which, as released away from the flowers, takes out their heat and temperature goes down. Obviously, this technology is only applicable to cool down products that have water to loose since it is the evaporation of some of it, the vehicle to drive heat away from the product.

Now, if the vacuum vessel where the procedure is performed is set to maintain 6.4 millibars (as in our case), whose corresponding boiling temperature is 0.6°C (33°F), then flowers inside it will aim to get to that temperature and some of its water will be released while cooling UNTIL their temperature reaches the above indicated 0.6°C(33°F) at which moment the boiling activity will cease and no more water will leave away from the flowers.

To reduce flowers´ temperature by 6-7°C (11-12°F) it only requires removing about 1% of their water content.

The average flower about to leave Bogota is delivered to airlines at 11°C (51°F) and its cooling by Vacuum Cooling to 0.6°C(33°F) implies a maximum loss of humidity of 1.5%.This fact has been proven repeatedly by weighing full pallets before and after Vacuum Cooling.

Vacuum Cooling is scientifically recognized as the most energetically efficient method of cooling and the one that produces the most homogeneous results. Each flower within the box that holds them and each box within the aircraft pallet that carries them is exposed to exactly the same low pressure and therefore aims to the same temperature goal. It is not physically possible to cool any part of any flower to a temperature lower to the fixed setup point (0.6°C-33°F, in this case) of a Vacuum Cooling equipment.

On the opposite, forced air cooling is based on exposing flowers to the flow of cold, low humidity air, through the open vents of the boxes. The stream follows the less restricted pattern and barely touches the corners. As result, the corners usually remain warmer than the centre, which in turn loses much more humidity than the strictly necessary and there is no way to measure what is the right time to properly cool down the whole contents.

Going back to the original question, Vacuum Cooling is the cooling method that is the least dehydrator among all cooling methods. In a way it can be considered an “intelligent” one since no part of a flower will lose any humidity if already at the desired temperature. If any cooling method can be repeated as necessary, this is technically the best one.

A proof of the above resulted from tests performed years ago, which found a further improvement (about 11% more) on Vacuum cooling in Miami, flowers that were formerly Vacuum cooled in Bogota, as follows:

From the above, there are a few clear results: 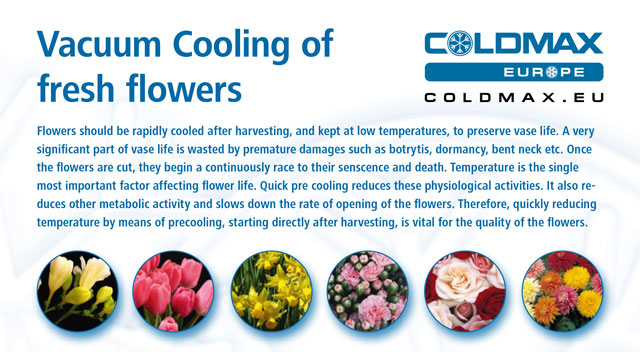 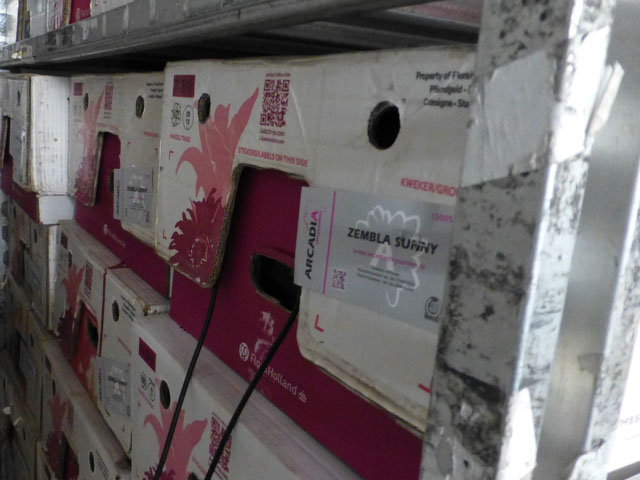 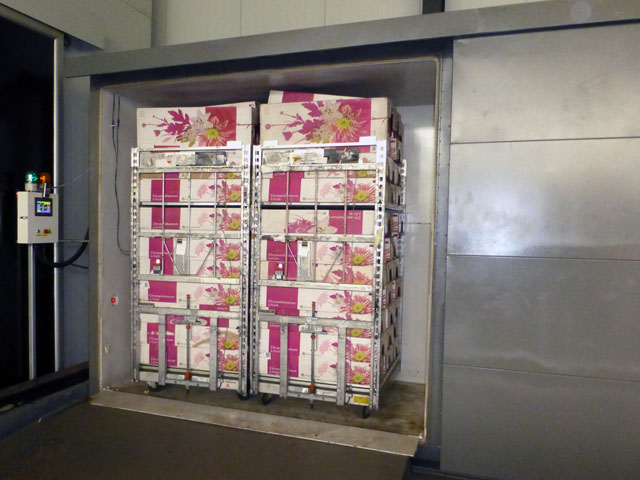 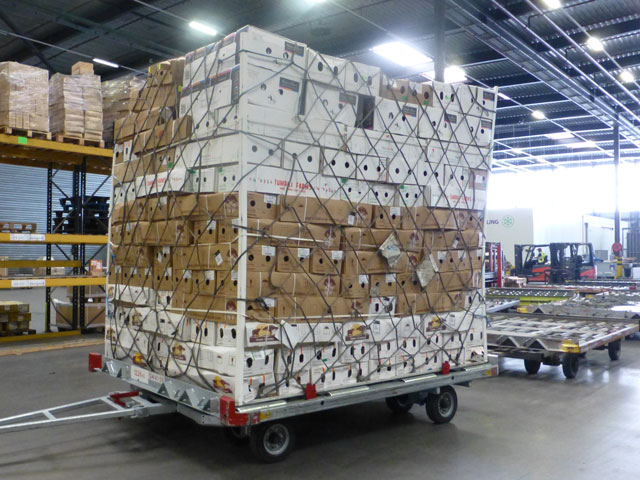 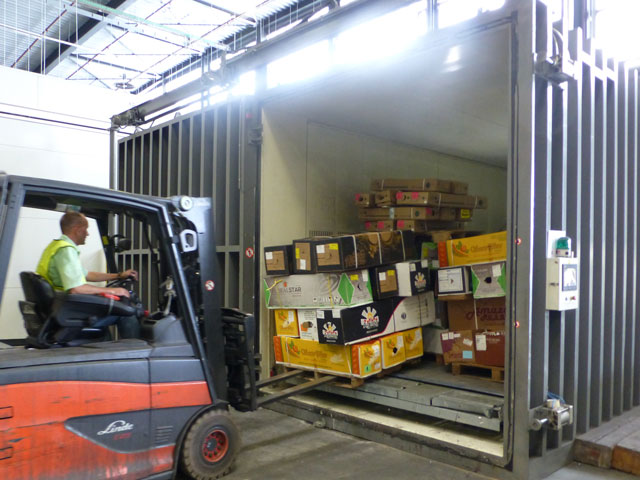 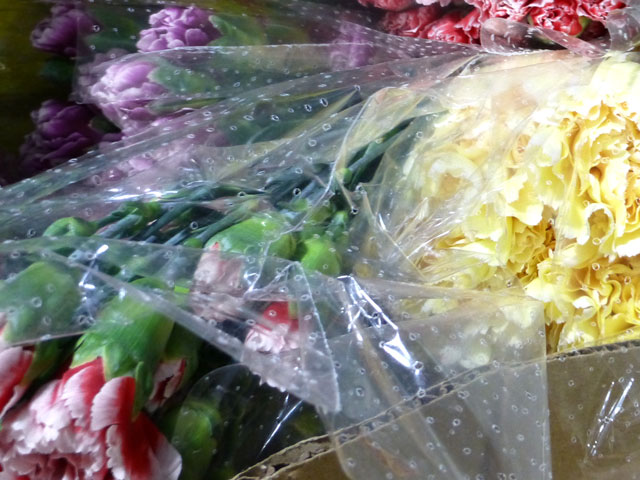 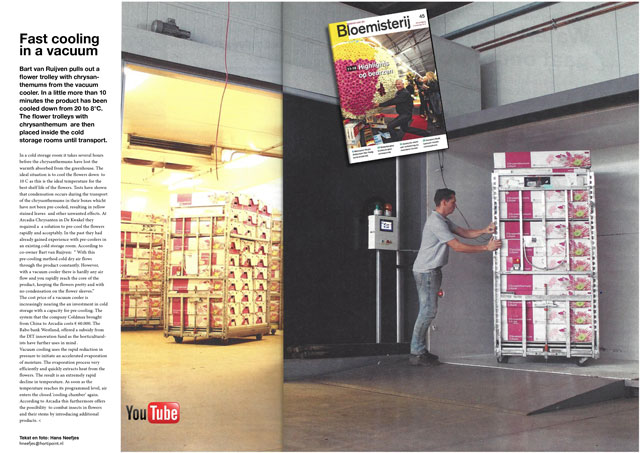 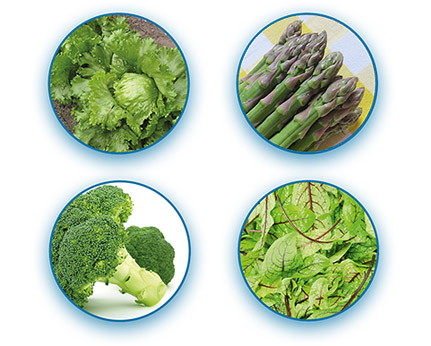 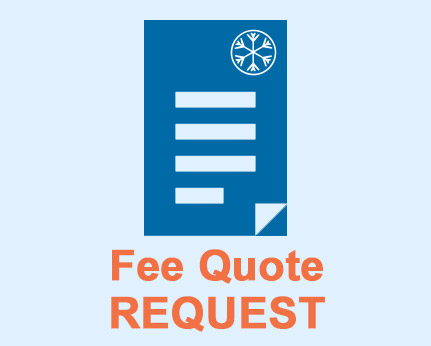 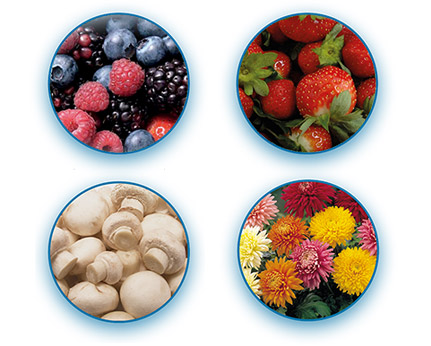